“Flow” might be why you love DJing so much 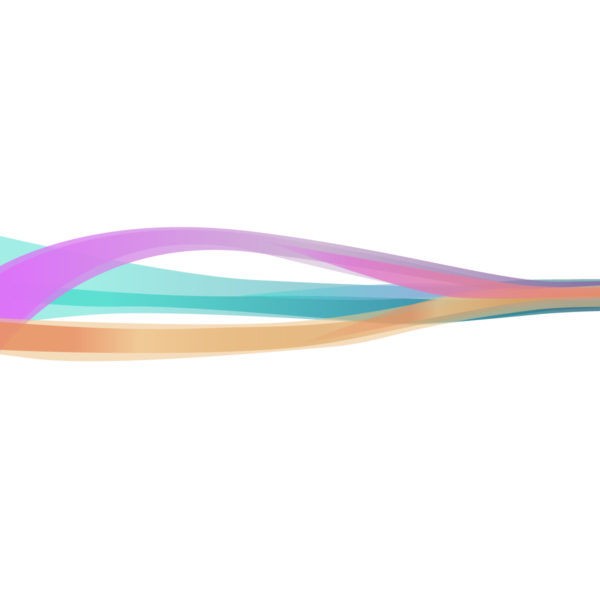 What is flow? And why might it explain the best DJ sets you've ever played?

It’s 2AM, although you don’t actually know this because you long since lost track of time. You mixed out of the last track only a second ago, but you already know what to play next. It usually takes you a minute to find things in your chaotic folders, but tonight you know exactly where to look.

At some point in the night, something strange happened: it felt like you began silently communicating with the crowd. This group of people became a hive mind, expressing what they want through a kind of telepathy. Or are they actually responding to you playing what you want to hear? In any case, with this level of connection you can’t help but make the right selection.

With no effort at all, you find the cue point, hit play, adjust the pitch, align the beats. As you push up the fader, the frequencies begin complementing each other. Rhythms interlock. The bass in track B brings out delicious sonic accents in track A. You’ve created something that didn’t exist before, something that will never exist in exactly this form again.

The energy has been high throughout your set. There’s something about this mix, though, that shoots a bolt of electricity through you and the crowd. It might be that you’ve chosen something they recognise at just the right moment.

You lower the faders without consciously deciding to do so, before slamming them back to maximum volume, sending the crowd into delirium. A friend gives you a high-five of approval. You’d stop and chat usually, but tonight you absolutely cannot be distracted. You’re 100% committed to the task at hand.

Does this sound familiar? If as a DJ you’ve had an experience like this you were probably in what psychologists call “flow,” the state of effortless attending that can lead to some of the peak experiences of our lives.

It’s a brain state that Bushwacka! described to us as, “A deeply spiritual experience, elevated to a higher state of consciousness.”

Amelie Lens told us, “When you feel like the tracks chose themselves, it is one of the best feelings in the world.”

“Intense yet organic,” was simply how DEBONAIR described it.

But what, exactly, is flow? What do DJs have to say about it? And how can we find flow in our DJ sets?

To understand flow, it helps to know about a Hungarian-American psychologist named Mihály Csíkszentmihályi, who passed away in October at the age of 87, after decades of groundbreaking work. In the 1970s, he began studying artists, athletes, surgeons and other experts in their field, attempting to develop a theory of optimal experience— “The state in which people are so involved in an activity that nothing else seems to matter,” as he said in Flow, the book that in 1990 brought his ideas to a mainstream audience.

“The ego falls away,” he said in a 1999 interview with Wired. “Time flies. Every action, movement, and thought follows inevitably from the previous one, like playing jazz. Your whole being is involved, and you’re using your skills to the utmost.”

Even if you’re unfamiliar with the idea of flow, you probably understand “being in the zone.” Think of a painter fully immersed in their work. The supremely focused sportsperson. Or a musician playing stylishly through improvisation. However, these are just some obvious examples. Under the right conditions, someone could be in flow while working on a spreadsheet or knitting a sweater. (Or dancing in a club, but more on that later.)

DJing appears to be a prime example of an activity that can induce flow. We can all bring to mind seeing a DJ who was clearly 100% in the zone. And if we’re lucky, we’ve experienced this ourselves. But rather than assuming this to be the case, we decided to conduct some research. We wanted to see if the characteristics of flow mapped onto people’s favourite experiences of DJing.

Csíkszentmihályi originally defined flow through six characteristics, which we repurposed here for the questions in our survey. We contacted 31 DJs from ten different countries (a very small sample size but we were running a fun experiment, not a scientific study), explaining that we were writing a feature about flow, which we briefly defined. We asked them to bring to mind a set where they felt they’d performed at their best. They were then asked to answer the following questions with “yes,” “no” or “maybe.”

Finally, in an open question, we asked the DJs to summarise their experience.

Here’s what they told us:

So there’s a very good chance these DJs experienced flow when they were performing at their best, with over 75% of them in agreement with five of the six questions. As many as 96% agreed that they experienced an intense and focussed concentration on the present moment.

But what about the question, “Did you feel like your ego (or inner critic) was silenced or more quiet than usual?”

48% agreed in this instance, with 35% saying “maybe.” It could be that the word “ego” disorientated the DJs. The term is more widely understood in relation to “egotism,” an exaggerated sense of self-importance, rather than as a synonym for the self. Of course, it could also be that a silenced or quieter ego isn’t something a majority of DJs experienced.

More clear is the sheer sense of positivity and fulfilment the DJs reported in the open question: “How would you summarise the experience?” Here’s a selection:

“Spiritual,” “a higher force,” “a transcendental state of mind”—these responses bring to mind mystery, epiphany and life-changing/affirming experiences. Coincidentally, the UK artist Objekt wrote about this on his Instagram last month. Although he didn’t mention flow directly, he described a gig at Nowadays in New York— “probably the best DJing experience of my life”—in glowing terms that could be described as a textbook example of flow.

Csíkszentmihályi is associated with positive psychology, the scientific study of well-being and what makes life worth living. He characterised flow as an optimal experience, moments when we’re at our very best, which can enrich our lives more generally. Research has shown flow to have positive effects on subjective well-being and on learning. Books by authors like Martin Seligman have placed flow in a context of flourishing and authentic happiness. Meanwhile, leading author-researchers like Steven Kotler and Jamie Wheal extol the virtues of flow to the point of it becoming a religion.

The social, creative and ritualistic benefits of DJing are well understood by those who participate in it. But less explored is the brain state it can induce that makes us feel like we’re touching the divine, or, on a less grandiose level, that we’re leading happy lives.

The idea for this piece was planted in the middle of last year, a point at which live DJing and dancing seemed like distant possibilities. In the UK, the nightlife industry was at the back of the queue when it came to government support, which seemed to only confirm the dim view wider society takes on club culture. Thinking about flow in relation to DJing and dancing suggested that the pandemic wasn’t just taking away a pastime—or a mindless hedonistic pursuit, as some of the public might deem it—but a key source of mental wellbeing.

“The experience itself is so enjoyable that people will do it even at great cost, for the sheer sake of doing it,” Csíkszentmihályi said of flow activities. Being aware of this transcendent but elusive brain state might help us to understand DJing, and even club culture more generally, through a different lens.

We can also deepen our understanding of flow and DJing by considering two additional characteristics that we didn’t include in the survey. Csíkszentmihályi and Jeanne Nakamura, a fellow psychologist, suggested that there’s also the balance between challenge and skills, and having clear goals and feedback.

As we know, there are many different ways to DJ, but the traditional beat-matching approach is interesting to look at in relation to the challenge-skill balance. Csíkszentmihályi essentially talked about a Goldilocks principle where, ideally, the task was not too demanding, which can cause stress and anxiety, and not too easy, which can lead to disinterest.

Even for seasoned professionals, keeping two tracks locked in the mix seems to hit a challenge-skill sweet spot. We need to be constantly alert to subtle shifts in the interplay between two tracks, tweaking their tempo, volume and EQ while reacting to what’s happening on the dance floor. It seems to be a seductive challenge that keeps us coming back for more. And in the same way that extreme sports are said to induce deeper flow states than less risky equivalents, perhaps we could guess that the same is true here of turntablists versus other DJs? Performing an intricate scratch routine requires a level of skill and concentration beyond the standard “A to B” mode of DJing.

The question of clear goals and feedback, the other condition that Csíkszentmihályi and Nakamura talked about, will change depending on the circumstances in which we’re DJing. But let’s consider the most simple scenario: a DJ trying to make people dance. In terms of flow, this feels like a powerful way to receive feedback. Where the chess player has the implications of her previous moves, the painter the results of his brushstrokes, or the golf player the accuracy of their shot, the DJ’s feedback is whether or not people are moving their bodies to the music.

However, this isn’t a simple binary event. There’s a big difference between 50 people politely shuffling and 50 people going wild. Feedback in DJing is therefore on scale. It’s perhaps helpful to frame this in terms of high risk and high reward, where shame and social stigma can be associated with failure, but success means a massive, socially connected high.

We were also struck by the idea that these experiences are often shared with people on a dance floor, who may themselves be in a state of flow. Steven Kotler, who along with his collaborator Jamie Wheal is a leading contemporary researcher into flow, points out that both “group flow” and “varying degrees of flow” have been identified. “You can be in a state of micro-flow or a lighter version of the state,” he says. “Or you can experience a state of macro-flow, where all of those core characteristics show up so strongly that the experience itself takes on otherworldly, quasi-mystical qualities—for example, time slows to a crawl and you feel one with the universe.”

When things are going well at a party the DJ might be in flow, keeping the music moving in a heightened state of focus and absorption while responding intuitively to the room. The dancers, meanwhile, are in their own states of flow, intensely rooted in the present moment with their thinking mind—the wellspring of their daily worries—having melted into the background.

The inevitable question, then, is how can we regularly find flow in our DJ sets? If you’ve experienced flow, it may have seemed to stem from random good fortune. In reality, although there are plenty of variables at play, it’s very much possible to consciously create conditions to increase occurrences of flow.

Let’s take some of the general principles flow research has uncovered and apply them to DJing.

With all of these suggestions, remember that what works today might not work tomorrow. Flow is incredible when it’s happening but it can be elusive. The aim is to be aware of its characteristics and the conditions that might give rise to it. And this doesn’t only apply to DJs. Some of the suggestions above might apply to enjoying music on the dance floor—or more generally to our day-to-day lives. Hopefully by knowing more about what’s going on “under the hood,” we can deepen our enjoyment and appreciation of something as fundamental to us as DJing.