The DJ as neuroscientist 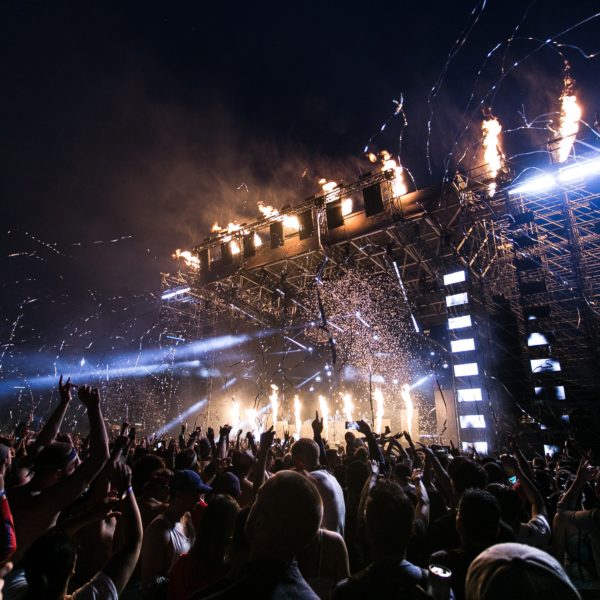 In this chapter from his upcoming book, Recapture the Rapture, the best-selling author Jamie Wheal says that "today's DJs are some of the best acoustic chemists the planet has ever seen."

In Recapture the Rapture, his latest book, Jamie Wheal rolls up his sleeves and tries to change the world. Wheal suggests that, as a civilisation, we’re suffering from a massive collapse of meaning. Into this vacuum have stepped fundamentalism, nihilism and other extreme ideologies. We are, Wheal thinks, lost in these ideologies at the very moment the world needs us the most.

What does any of this have to do with DJs?

Well, music plays a central role in what Wheal calls “Hedonic Engineering”—basically his suggested pathway out of the mess. It’s a practice that takes theory from neuroscience and optimal psychology and applies it to breathing, movement, substances, sexuality and music. It won’t be news to anyone that dance floor experiences can be a vehicle for unity, transcendence, focus and creativity. But less closely considered is the neurobiology behind these experiences, their links to ancient rituals, and how they might be used as part of a toolkit to change ourselves.

Wheal is a peak performance and leadership expert, and the coauthor of the bestselling, Pulitzer Prize-nominated Stealing Fire: How Silicon Valley, Navy SEALs and Maverick Scientists are Revolutionizing the Way We Live and Work. He’s also the founder of the Flow Genome Project, “an international organization dedicated to the research and training of ultimate human performance.” Full copies of Recapture the Rapture are available via the book’s website.

By Their Beats Ye Shall Know Them

There are ten levels of prayer. Above them all is song. — Hasidic saying

You probably haven’t heard of Will Henshall. But odds are good that you have heard him. Putting a spring in your step as you wander through that big-box hardware store. Inspiring you to tap your fingers as you cruise down the highway.

One of the founding members of the English ’90s pop band Londonbeat, Henshall penned over six hundred tunes for his label, Warner Music. The soundtracks for the first Harry Potter and Lord of the Rings films were recorded on his tech, as were albums by U2, Eric Clapton, and Phil Collins.

“As a writer,” Henshall says, “I discovered early on that I had an intuitive ability to fine tune the thing that makes a tune catchy. Songs are like these little tiny memory hooks and when they go into the earworm, into the collective consciousness as they do, they become woven into the infrastructure of our society.”

Daniel Levitin, the McGill neuroscientist, explains exactly how this happens: “When we love a piece of music, it reminds us of other music we have heard, and it activates memory traces of emotional times in our lives. The story of your brain on music is the story of an exquisite orchestration of brain regions, involving both the oldest and newest parts of the human brain… It involves a precision choreography of neurochemical release… and emotional reward systems.”

Henshall’s natural talent for hacking those emotional reward systems bore fruit. “I’m blessed that I’ve had a few of those breakout hits,” Henshall says. “Some of my songs have been the most played songs ever in the world on the radio.”

In 1992, he received the BMI Songwriter of the Year award and was seated as the guest of honor at the same table as Paul McCartney. More excited by his tablemate than his award, he asked the Beatles’ master songwriter, “‘So how do you write songs, Paul?’ And he goes, ‘I don’t know. I can look over there and just fucking wait.’”

That awards show got Henshall interested in the balance between the art—the intuitive part of the process that McCartney had summed up so succinctly—and the science. Analyzing creativity has become the second half of his life’s work.

Levitin confirms Henshall’s hunch that there was more to the art of music than what McCartney had let on. “Music listening, performance, and composition engage nearly every area of the brain that we have so far identified, and involve… a network of regions—the mesolimbic system—involved in arousal, pleasure, and the transmission of opioids and the production of dopamine.”

Neuroscientist Oliver Sacks expands on this notion. “Our auditory systems, our nervous systems, are indeed exquisitely tuned for music. How much this is due to… its complex sonic patterns woven in time… its insistent rhythms and repetitions… and how much to the immensely complex, multilevel neural circuitry that underlies musical perception and replay, we do not yet know.”

But Henshall really wanted to know. So he didn’t limit his research to twelve-bar blues and rock and roll. His curiosity led him to the booming world of electronic music too. “Really great DJs know the neurological element of music,” Henshall explains. “They’re managing the amount of bass on the dance floor. They’re managing the speed in real time. Watching them spin, they’re in real time managing the neuroscience part of people’s brain.”

“Recording engineers and musicians have learned to create special effects,” neuroscientist Levitin agrees, “that tickle our brains by exploiting neural circuits that evolved to discern important features of our auditory environment.”

“My aha moment was when I went to see [superstar DJ] Paul Oakenfold live a few times and just watched what he was doing,” Henshall continued. “And I was like, ‘What speed is this at?’ Trance techno. Wait a minute. I’ve got a speed thing on my phone here. I’m like, ‘128 BPM [beats per minute]. Just a bit over.’ And then the DJ does a big drop. Every two minutes there’s a little drop where they pull the bass out and people are like ‘Put your hands in the air!’ Every two minutes they do that, they drop the bass, the dopamine hit comes in from the bass coming back.”

But about every twenty minutes, the DJ plays a big one and they make you wait for it, Henshall noticed. “When they drop the bass, DJs speed the track up a little bit. When it comes back in, it comes at 132 beats per minute. What they’re doing all night is constantly changing the entrainment of these notes to help to keep someone sustained in a focused state.

“Map the ‘peak to peak transient timing’ of the musical pulses happening and it is 8.2 Hertz,” he continues. “And if you know anything about brain entrainment… 8 to 14 Hertz is how you can entrain someone to be in an alpha wave, which is a focused state. It’s a trance state [and common in meditative states, flow states, and other non-ordinary peak states].

“That was the aha moment when I was like, ‘Wow. These guys are intuitively using science, proven and repeatable.’ And then I did a list of the 50 most successful trance techno tracks. What speed are they at? 128 BPM. All of ’em.”

Like Brian May tinkering with prime number ratios while recording Queen’s anthem “We Will Rock You,” Henshall had found another mathematical structure hiding under the dance floor. Trance DJs had intuited that “sonic driving,” a technique used for hundreds of thousands of years to shift the state of hominids, works even better hooked up to high tech sound systems and dazzling light shows.

From a few dozen Neanderthals gathered around a campfire banging on animal skin drums, to a few thousand congregants in awe of the giant pipe organs of cathedrals like Notre Dame, to a few hundred thousand ravers gathered at EDM festivals, we have always been chasing the unity and transcendence that music has provided. “You can think of music,” Brunel University psychologist Costas Karageorghis explains, “as a type of legal performance enhancing drug.”

They weren’t the first, and they certainly won’t be the last, but today’s DJs are some of the best acoustic chemists the planet has ever seen.