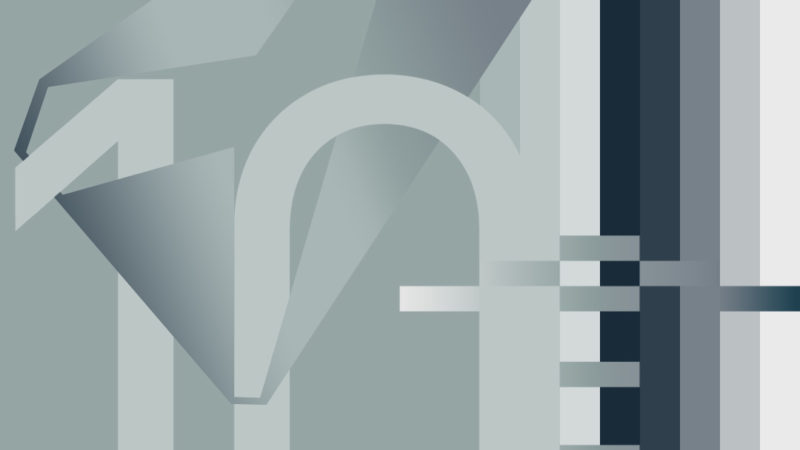 10 labels that show the strength of Russian dance music 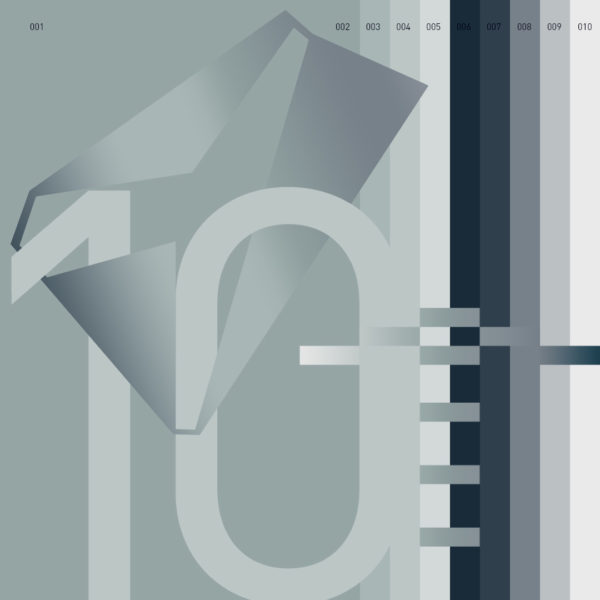 With so much excellent dance music coming out of Russia right now, we highlight some of the country's leading labels.

There is no particular genre or sound associated with Russian dance music. Mysterious lo-fi house and techno, often with Soviet-era samples, was prevalent a few years ago, but when it became a little clichéd the producers looked for something else. An incessant search, keeping up with trends yet trying to stay away from them, could be what separates Russian electronic musicians from the rest of the world.

Isolation has long been an issue for the local electronic music scene, which is why producers often wanted to release their records on Western labels. At the end of the 2000s, as high-speed internet connected the globe, people in Russia started cultivating their own creative land, trying to understand who they are. Difficult questions were asked: Have we just lost the 20th century, or should we credit it for our uniqueness? Do we have to catch up with the rest of the world, or is there a special path for our East-West country? Russian culture often reflects such questions, which have no definitive answers.

However, none of this means that Russian dance music is overly intellectual. Russians definitely like to have fun—Moscow and Saint Petersburg both boast vibrant nightlifes. For better or worse, the local dance culture is definitely escapist, usually staying far from protest. Yet the scene is becoming more visible—the words “rave” and “techno party” appear in widely popular tracks, and producers collaborate with well-known hip-hop artists.

In the 1990s, Russian electronic music fans were mostly obsessed with partying, not with making music. The means of production were rarely available, and releasing music was a different level of challenge. There were some exceptions to the rule, like Solar-X’s Art-Tek imprint, but when Ptuch, a magazine for ravers, introduced a new section called “Labels” in 1995 there were no Russian labels in sight.

This has definitely changed. Highlighting 10 labels, as we do here, shows just a small slice of what’s out there. Most visible imprints are based in Moscow and Saint Petersburg, although micro-scenes keep appearing in different regions. Faktura Ural shows what’s happening in the Ural region, while ABCD preserves and continues the history of Izhevsk, where electronic music was popular in the ’90s and ’00s.

Today, a label is often a community of friends connected not only by music but also by another project. A lot of labels throw their own parties, like Slowdance Records, Oberwave and Ida. Many promoters and clubs have labels—Arma17, System108, m_division and Stackenschneider are among the examples. Some important hubs like the TestFM online radio station, the Resonance Moscow radio show and the Electro Music Coalition community also release music.

There are so many promising labels to check out that have appeared in the past few years—pkge, Avacha Records, Poonex Globo, NOSERVICE, CYBERJIT, Volking Music, Hanagasumi, podval—while plenty of artists have launched their own labels. See the likes of Moa Pillar’s Peer, Philipp Gorbachev’s PGTune, Simple Symmetry’s New Ears, Julia Govor’s Jujuka , Lay-Far’s In-Beat-Ween Music and Anton Kubikov’s Pro-Tez. None of this is to mention experimental labels that flirt with dance music. And it’s also a question of terminology whether Korpus 9 can be considered Russian, as its founder, Kwazalski, who is from Saint Petersburg, releases techno from all over the world.

What we have here, then, are 10 labels that are representative of what’s happening nowadays, collecting some of the freshest sounds from all over the country. These labels show deep cultural richness in an unprecedented time of creativity for Russian dance music.

This Moscow-based label’s mission is showing the world its local electronic scene. Since 2014, GOST—“state standards for sound”—has released exclusively Russian and post-Soviet music. At its best, the label mixes an avant-garde approach with pure dance floor fun. That is most reflected in releases by key artists Vtgnike and Nocow or in sub-labels GOST Instrument, meant for DJs, and GOST Archive, dedicated to the albums worth reissuing. Some of the label’s producers started their own labels—check out Flaty’s ANWO, which he calls a “research lab,” and OL’s free-form asyncro. Kuzma Palkin’s excellent recent release in GOST’s new series, Memont, should give you a strong idea of what to expect from GOST Zvuk.

Should Nina Kraviz’s label, which releases music from all over the world, be thought of as a Russian label? Indeed, it considers itself to be one. трип unites local talents from all over the country, like Roma Zuckerman from Krasnoyarsk and Vladimir Dubyshkin from Tambov, with musicians like Finland’s Aleksi Perälä and Canada’s AADJA. трип’s best quality is unpredictability. The music is mostly techno, but each producer has their own, weird approach to it. Perhaps you won’t feel this in the first label’s hit, Bjarki’s “I Wanna Go Bang” from 2015, but the track was more of an exception to the rule. Check out the most recent star, Vladimir Dubyshkin, whose recent Boiler Room set—a hybrid DJ-live performance full of riotous techno—was highly acclaimed.

The owner of this Moscow imprint calls himself Hespermen. He started hiding himself under a mask long before the pandemic, as he didn’t want his previous projects to be associated with Private Persons, which releases hand-stamped, 12-inch white labels. Although stylistically diverse, the label is associated with dark, energetic music, mostly electro. The key artists are definitely Locked Club, a pseudo-anonymous duo also known in Russia for participating in the pop band Cream Soda. Their party banger “Svoboda,” with lyrics starting from the words “Illegal dancefloor!”, became a scene anthem of a few years ago; in fact, it was played so often that everyone seemingly got tired of it.

Founded in 2004 by Dmitry Garin, AKA Acid Mafia, as an experimental label, Hyperboloid has gained a cult following over the years. Don’t expect techno or house here—Hyperboloid is all about broken rhythms, bass music, footwork and everything deconstructed / transcended. It still remains danceable, for the most part, and such futuristic sounds are usually beloved by more open younger listeners. The artwork, reminiscent of VHS and early computer graphics, is helpful in understanding a label that releases vinyl and cassettes as well as Bandcamp-only albums. Try listening to the annual compilations Hyperboloid 2020 and Hyperboloid 2021 to get started.

The first compilation released by this Saint Petersburg’s label in 2019 was called We Hate Breaks!. That was an irony, for sure—although urwaxx is a relatively young label its founders, Karawai DJ and Greenwald, could give you a masterclass in breakbeat, jungle, ghettotech, electro and related genres. Their stated goal is “just to see people going crazy on the dancefloor.” It seems urwaxx are not overthinking the process yet are staying inventive. Take Karawai’s GoaTekk EP, where Goa trance motifs are blended with acid lines and, yes, breakbeats.

In the realm of more conventional dance floor labels, the house imprint Highway Records is worth attention. Initially inspired by Barbq’s track “Myself,” the Moscow DJ Mike Spirit decided to organize Highway Records in order to connect Russian musicians and European producers. Since 2008, the label has put out over 130 local releases spanning deep house, tech house and some progressive house. SCSI-9’s “Tierra Del Fuego,” with Gui Boratto and Pascal FEOS remixes, was a breakthrough record, while Gorge’s interpretation of Francys’s “Crossing The White Line” (above) was the best-selling one.

When it comes to labels, decentralisation is a good thing in a country where most resources are still based in the two largest cities. Longevity is another great but rare characteristic. So it’s especially amazing to include Fuselab from Krasnodar, in the South of Russia. It’s a label that started in 2009, when Fuselab united the Passage, Passage Extra, Fragment and Jumble internet labels. Fuselab’s founders, Yuri Vasilchenko and Evgeny Shchukin, never specified any particular genre or distribution format, and introduced some of today’s key scene figures to the public, such as Moa Pillar, AL-90 (his lo-fi house track “Vchera,” composed with FSAO, was streamed over 1 million times) and Ishome (her downtempo “Ken Tavr” from the Confession LP has more than three million views on YouTube).

Get Busy was founded in Kazan in 2014 by two communities: Rave Me, which was all about 160 – 170 BPM breakbeat, nu-rave and breaks, and VLK Crew, which was more hip-hop-oriented. Fracture’s “Get Busy” was the uniting track that gave the imprint its name. The owners state that they don’t do anything complicated—just releasing music by their friends and acquaintances that they really like. With more than 40 releases, Get Busy proved they are not looking for something stylistically particular. Anything goes—fat electro by SVZZ, Damscray’s glitchy broken beat, or Uasmi Nasser’s beat deconstructions—although some sort of sonic disruption seems to be always welcome.

Here’s a label famous for a particular style of music. The community of the same name has united fans of minimal techno and house since 2003. In 2009, Nervmusic became a vinyl imprint releasing simultaneously functional and elaborate tunes. Its founders—the Easy Changes duo, Denis Kaznacheev and Kirill Silantyev—are originally from Moscow, but they don’t limit themselves to releasing Russian artists, with the label now stating that it’s Berlin-based (Kaznacheev lives there). The bird on the label’s logo might be familiar to fans of Romanian minimal, because Rhadoo’s EP Semantics was released here two years ago. Another significant release was Quattroporte, an all-star compilation that included Thomas Melchior, Fumiya Tanaka and many others. Today, Kirill Silantyev is responsible for another remarkable house label in Sakskøbing.

This strictly vinyl label dedicated to deep house and techno has a name that’s a very popular word in Russia (“Lighthouse” is one of the biggest radio stations, a bar and the name of a few bands). Thankfully, the imprint is easily recognizable because of the poet Vladimir Mayakovsky on the logo. 12-inches with long, subtle tracks are made for DJs who like to create a hypnotic but playful mood. Three out of the label’s 15 records were made by Anton Kubikov, one the most renowned Russian DJs and a part of SCSI-9. For another release, Mayak invited Nervmusic’s Denis Kaznacheev. All label owners are doing their own thing, but collaborating with each other does happen—perhaps cooperative competition is a potential path for Russian dance music?