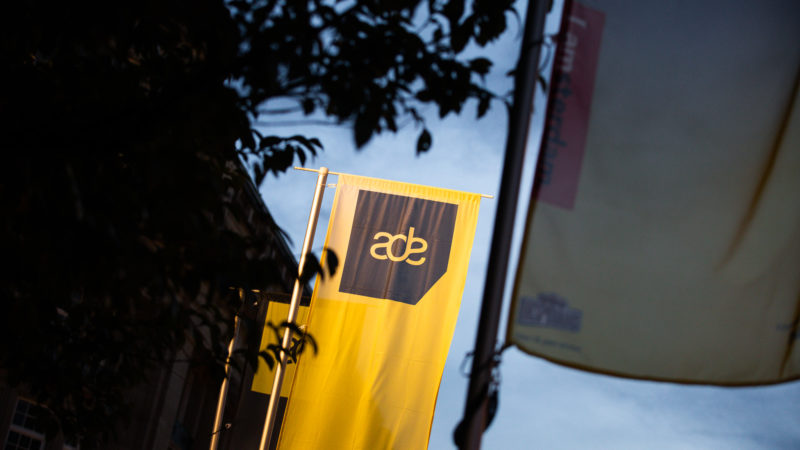 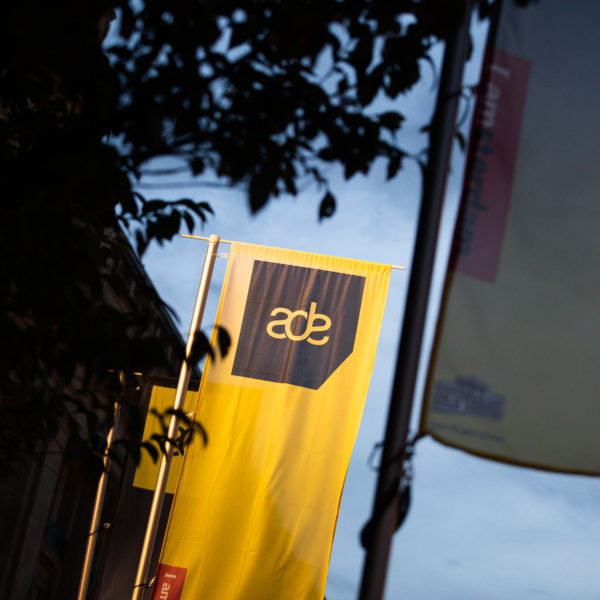 We round up what you need to know from the recent ADE conference.

Any coverage of Amsterdam Dance Event, the biggest gathering of its kind in the world, should come with a firm caveat in place: what follows is just a single perspective on the event. The sheer eye-popping numbers involved with ADE make it obvious there can be no consensus viewpoint. 450,000 people visited Amsterdam for ADE. There were over 1,000 events across its festival and conference programme. And over 2,500 artists and speakers took part. It’s therefore obvious that no two people’s ADEs are remotely the same.

What we’ve attempted to do here, then, is highlight the conference subjects that somehow felt of-the-moment. Some topics were discussed across multiple panels. Others were talking points that, after two years apart due to Covid, needed revisiting. There are of course omissions. We put climate change to one side as ADE tackled the issue across a series of practical workshops for industry professionals. And as we just extensively covered TikTok on The Bridge, we decided not to readdress the platform and the rise of social media DJing more generally.

What’s here should hopefully provide you with a decent understanding of some of 2022’s key issues and talking points in dance music.

Africa and amapiano on the rise

“The world is looking for something different,” said Andrew Mitchley of David Gresham Records, the longest-running independent record company in South Africa. He highlighted the 20-minute film CNN produced on amapiano as evidence for the sound’s increasingly global footprint.

The panel agreed on many reasons for optimism. African dance music was experiencing a creative explosion, with amapiano, described by Andrew as an authentic street culture, at the centre of things. The dynamic between African artists—so often exploited and appropriated—and the rest of the world has shifted a little, according to the panel, who have noticed fewer examples of artists from outside Africa simply copying its trending sounds.

Plenty of investment has flowed into the scene, Josi Chave, a DJ and producer, said. But it’s important to remember that this music is often created as a vehicle for escape from impossible circumstances. “They create music as a getaway,” he said. “Their getaway is to make a song to move away from traumas and not having food at home. Any contract is a big deal for many new artists.” Sarah Jane Nicholson of the Africa Rising music conference also noted the challenges of amplifying female and LGBTQ voices in Africa, against a backdrop of certain countries turning away “non-conforming people” at their borders.

Martin Rüssmann, an attorney specialising in media, advised people who wanted to work with African artists to “approach respectfully, humbly. Don’t think because you’re from a developed market you know how to do it.” Two further panels explored the sounds and talking points of African dance music, although the nighttime programme at ADE unfortunately wasn’t as representative. 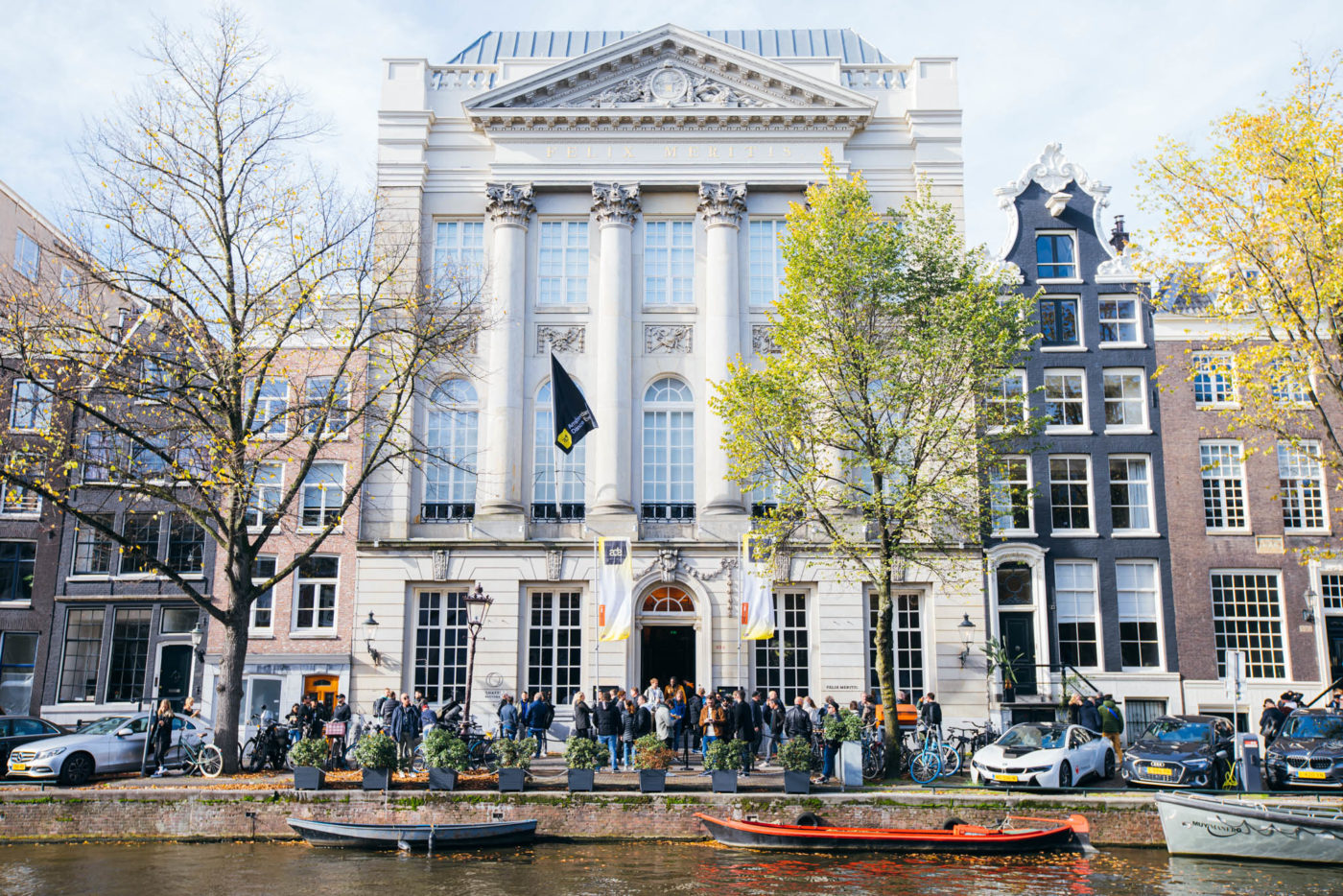 The exciting chaos of Web3

If the many panels that explored Web3 and music at ADE are anything to go by, we’re entering an era of endless possibilities and confusion. Let’s talk about the confusion first, because there may be three different types

There’s the confusion people feel when they’re first confronted with this exotic new digital world, with its futurist terms and customs. Kaj Leroy of onXRP, a company that aims to make blockchain accessible, said it took him five years to fully wrap his head around Web3, a process that can be “scary and confusing.” Almost everyone I heard speak on this subject agreed that slowly and respectfully educating uninitiated people is going to be crucial.

Then there’s the confusion of figuring out which of the many companies and individuals in this space are doing something of value. An audience member, who himself works in Web3, pointed out that this is a land of many empty promises; the hype and volatility of cryptocurrencies and NFTs have no doubt helped shape public opinion along these lines.

And then there’s the confusion over which of Web3’s many possibilities are worth pursuing. Richie Hawtin pondered the viability of audio-only NFTs, and how DJ mixes and royalties might work in this space. Sam Schoonover of Coachella wrestled with the many hurdles involved with selling festival tickets as NFTs. For Melanie McClain of P00Ls and Zora’s Michail Stangl, access issues were foremost in their thinking. McClain discussed digital spaces that money or social capital can’t get you into, while Stangl said he actually thought the technology was secondary to the opportunity of changing people’s thinking in a music scene that’s historically been rife with inequalities.

But one thing feels certain: Web3 is bringing energy and change. All panels on the subject here were packed, with audience members asking smart questions in response to powerful ideas around democracy, transparency, community and freedom. Lest any of this seem too overwhelming, Alex Tarrand of STYNGR compared our current moment to an imagined person at the start of the dot.com age asking, “Why would I do my shopping online?!”

The ongoing struggle for gender equality

There was hope, fatigue and some anger across two panels on Friday that explored inequality in dance music from two different perspectives.

In a talk called Harnessing The Power Of Dance Music’s Gender Parity Initiatives, a panel discussed both the progress recently made and the considerable distance still to travel. The Radio 1 DJ Jaguar wasn’t able to make the talk, but the findings of her recently published report, Progressing Gender Representation In UK Dance Music, provided a telling backdrop to this discussion. While it reported an overall increase in female and non-binary representation at a sample of festivals between 2018 and 2022 (from 14% to 28%), it also highlighted, among many other eye-opening findings, that only 1% of the top 200 tracks on a sample of radio stations between 2020 and 2021 were credited exclusively to female or non-binary producers.

The panel here seemed to agree that things were moving—but slowly. Farah Syed of Beatport spoke about the company’s mission to increase female participation and tip the balance on its predominantly male user base. The talent agents Jen Hammel and Annie Chung, of CAA and WME respectively, said gender representation was an ongoing theme in talks with promoters, but that the entrenched idea of “safe bet” male headliners often stopped progress. “Our job as agents is to give promoters the stats,” Annie said. “Agents need to have uncomfortable conversations.”

The hope among the group was that the recent groundswell of grassroots initiatives targeting gender parity would bear fruit in the years to come. For now, though, the sense here was of a scene trying to translate awareness into concrete results, particularly in the more mainstream spaces.

Further reading: How can we tackle the gender imbalance in music production?

The ongoing struggle for racial equality

The continuing domination of white men in the scene’s upper echelons also loomed large over the talk called How Did House Become So White? Towards a Fully Inclusive Electronic Music Scene. Sagid Carter, the talk’s host, brought together an international and intergenerational panel, who shared their experiences and perspectives with the large audience.

Each panellist reflected on moments of shock or realisation on their journey through music. The Chicago DJ Rahaan, who has been in and around house music since the beginning, said he “didn’t see a lot of white people” at the early house music parties. It was therefore surprising for him to discover, when he first travelled to Europe, that so many white people were even interested in this music, while almost all of the promoters he worked with were white. Speaking about her early days in the UK funky scene, Karen Nyame KG became accustomed to parties attended by a majority Black-male audience, but eventually found that when it came to events, “The more commercial it was, the whiter it got.”

With this in mind, the group was especially aware that for all the recent talk around racial equality, they had seen almost no changes on the lineups of big festival stages and the DJ Mag Top 100 list. There was a disparity, it seemed, between the broader dance music scene and the diverse grassroots parties that Bambii, the multi-genre Canadian DJ who completed the panel, and Karen were involved in. “I can see hundreds of Black people in my local party,” Bambii said, “but when I travel we’re relegated to small stages.”

The panel’s age differences seemed to reflect differences in perspectives. Sagid said she felt Black people were recently being drawn back to house music; for his part, Rahaan had seen no examples of this. Karen, meanwhile, spoke of an echo chamber effect where, from her point of view, amapiano could seem like a very big deal, while in Chicago the sound may not even have reached people.

Although dance music has its culturally specific challenges in addressing racial equality and systemic racism, at one point Bambii framed the situation through society at large: “Whatever happens in music is whatever is happening in the world.” 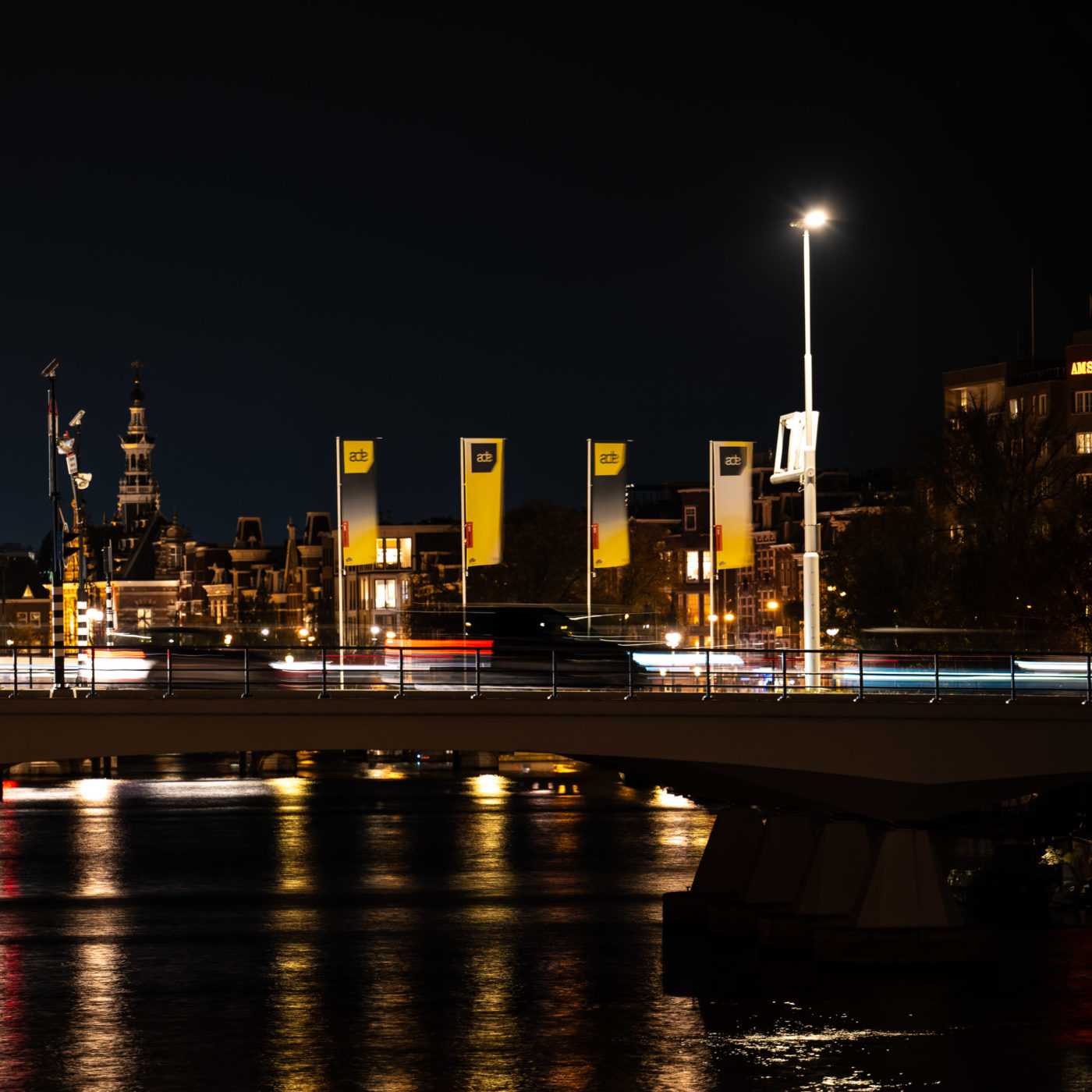 The role of music in places of war

Many of us will never have to consider our relationship to music and culture in relation to war or extreme political turmoil. But for some of the speakers on Friday at ADE, this has sadly become their reality.

As the DJ and activist Nastia explained, the 2014 Maidan Revolution in Ukraine actually helped create a thriving club scene in Kyiv, the country’s capital, as international artists stopped touring there and locals thrived in their stead. Which made it all the more heartbreaking as the Russian invasion of Ukraine in 2022 halted the scene’s momentum and divided the community as to how it should respond.

Amid the loss of lives and livelihoods and mass migration, Nastia and the Ukrainian MP Lesia Vasylenko, who joined her, now have the additional challenge of rallying an ongoing international response. They admitted that it’s very difficult to sustain people’s attention towards the invasion. “What should people do?” Dave Clarke, the talk’s moderator, asked. “Do a little something for Ukraine every day,” Nastia suggested. “And book Ukrainian artists.”

Later that day, In Place Of War’s Ruth Daniel, the Venezulan artist Mabe, and the Palestinian DJ and producer Sama’ Abdulhadi talked about the extreme highs and lows of staging events amid political instability. Sama’ said that the current situation in Palestine, where violence has intensified significantly in recent weeks, has made it virtually impossible to throw parties—and that no one can focus on music anyway. She also wrestled with the responsibility of being a de facto spokesperson for her country. “I don’t always have the right words,” she said. “I’m not a politician.”

Perhaps most strikingly, each of the speakers here was able to find hope and meaning in their situation. Mabe, who talked about gunfights breaking out at events in Caracas, reflected on techno’s capacity to bring people from different international backgrounds together. Sama’ said that DJing and dancing made it “refreshing to not have to think about politics.” Lesia talked about the role of music and events in the eventual rebuild of Ukraine. Perhaps people elsewhere could, in turn, consider that the freedom to enjoy music and dance shouldn’t be taken as a given?

Further reading: For a Kyiv techno collective, ‘now everything is about politics.’